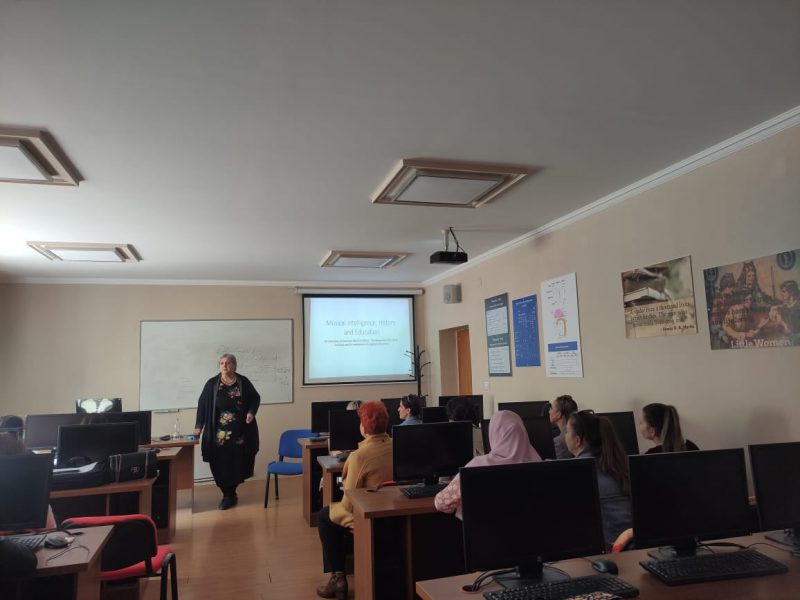 During the period April 28, 2022 –  May 13, 2022, the invited lecturer  from the  Technical University of Cluj-Napoca, Romania, Ligia Mara Tomoiagă held several lectures with students of Bachelor and Master study programs  of the Department of Foreign Languages, “Fan S. Noli ” University.

Professor Tomoiagă visited “Fan S. Noli” University in the framework of the cooperation between the two Universities and the Erasmus + program. According to her, the aim of this experience is exchanging the academic knowledge and practices; strengthening the teaching skills of students and introducing new ways of teaching language, culture and literature in “English Language” study program.

During this period the Professor Ligia Mara Tomoiagă presented and worked on the following topics:

-American culture and literature from its formation in the First World War from the point of view of its unique characteristics and specific change at the Bachelor level. The uniqueness of American culture and literature, which began as a written culture at the crossroads of multiple cultural sources; 19th-century and early 20th-century American women writers and characters; American Roots of Modernity — by Henry James and William Faulkner.