This project consists in the establishment of innovation support infrastructure for transfer of know-how technologies among Start-Ups and SMEs in the CBC areas between Republic of Macedonia and Republic of Albania. The main purpose of the proposed action is to help establish, within the existing educational and businesses context, a CBC innovation eco-system for SMEs and Start-Ups by:

Target groups of the project includes: universitites, research centres, educational institutions as first level; Start-Ups in CBC areas as second level of target groups; and regional authorities, municipalities of the area where this project shall be implemented, chambers of commerce and local business representatives. The last group is considered as the third level of target groups.
This project is funded by the European Commission represented by Delegation of the European Union in the Former Yugoslav Republic of Macedonia.

TRAINING: “INOVATION WITH SME-S AND START-UPS”

What is innovation?
• Gradual and Radical innovation
• Strategic Incentives
• Organization capacities
• Positive Effects of Innovation
• Role of environment on Innovation
• Who is capable on innovation?
• Innovation models and its problems
• Value-added innovation chains
• Dynamic structures
• Schematic priorities of profit fundamentals
• Implications in innovation
• Other competencies
Intellectual Property toolkit
The training continued with the presentation of Mrs. Laknori regarding a very important
aspect of doing innovation such the IP (Intellectual Property) teaching kit. She
acknowledged the participants on the law, rules of trademarks and copyrights which
enable people to earn recognition or financial benefit from what they invent or create.
Main topics discussed in this module were:
• Understanding IP
• Types of IP
• IP Rights
• Importance of Intellectual property
• IP system
• Invention Patents
• Databases
• Protection fields
• Trademarks and service brands
• Industrial designs
• Geographic indicators
• Patents
• Copyrights
• Trademarks, copyright and domain names
• Other competences
Next step: Another training in scheduled for the next year, whose target group will be
business/SME representatives, sub grantees winners, start-ups representatives and other
stakeholders. 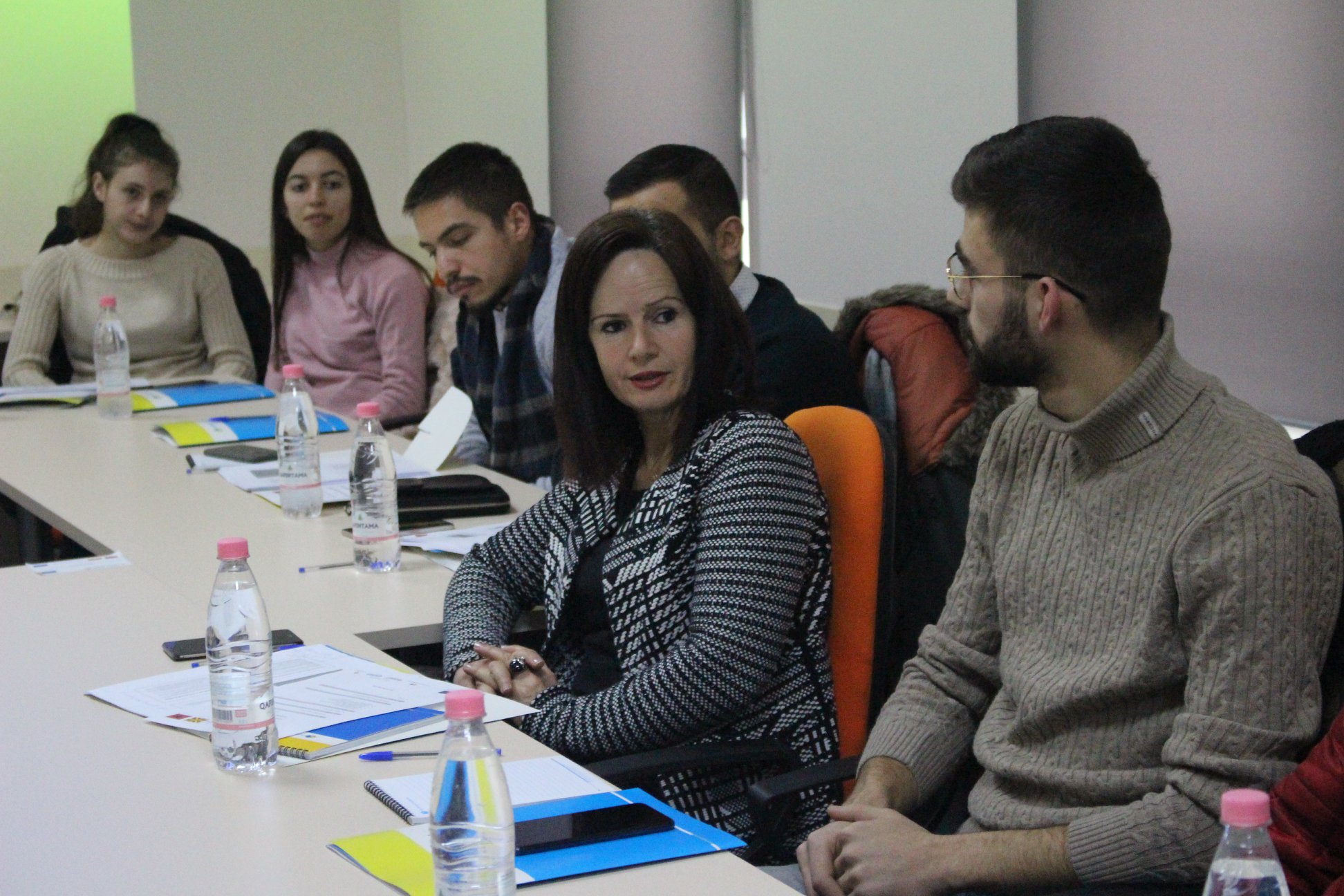 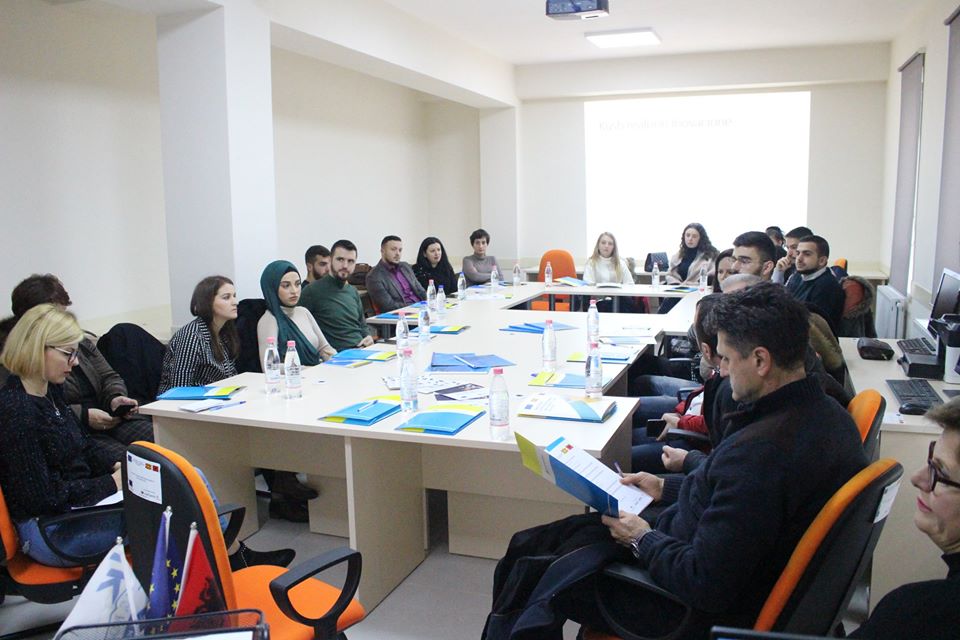 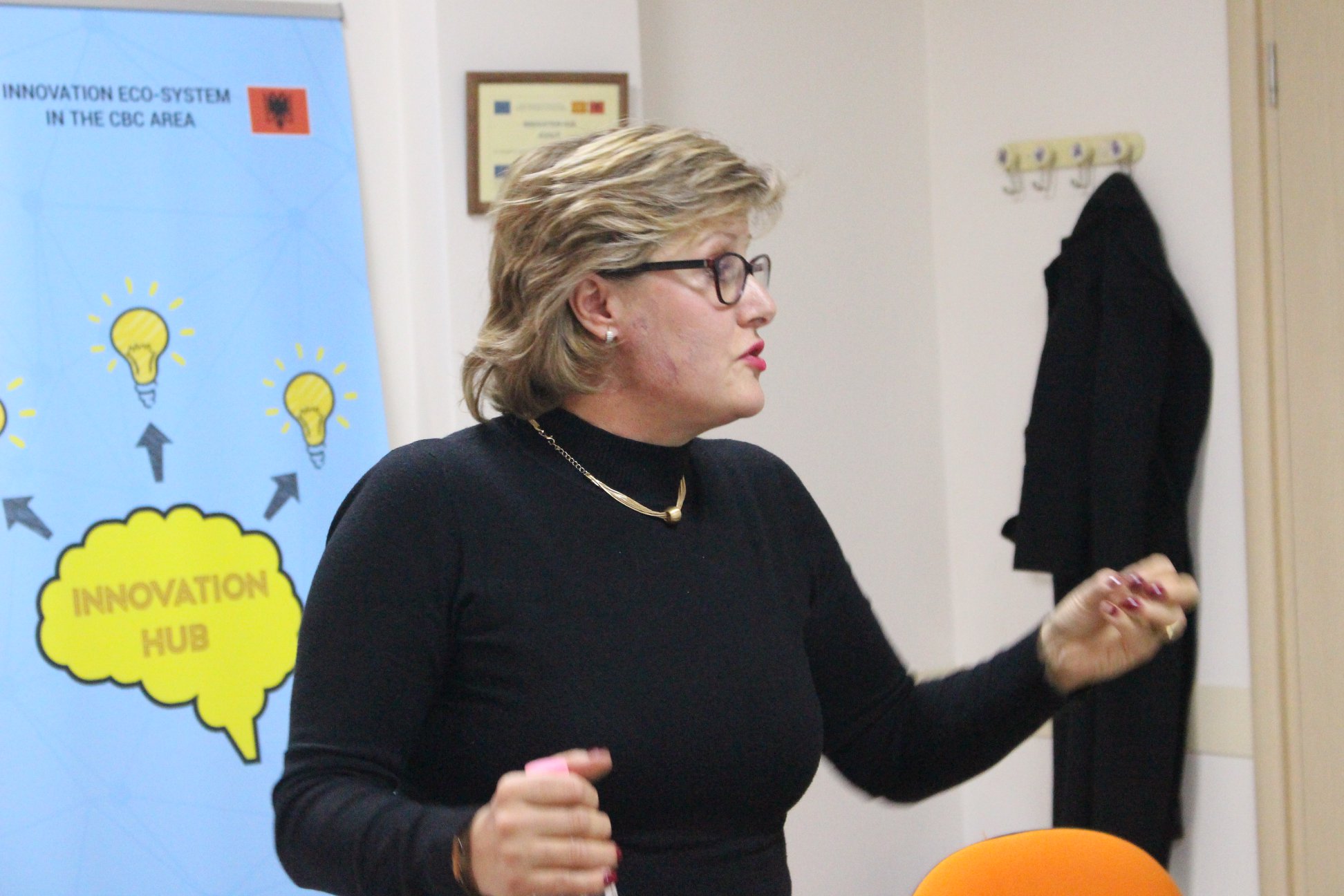 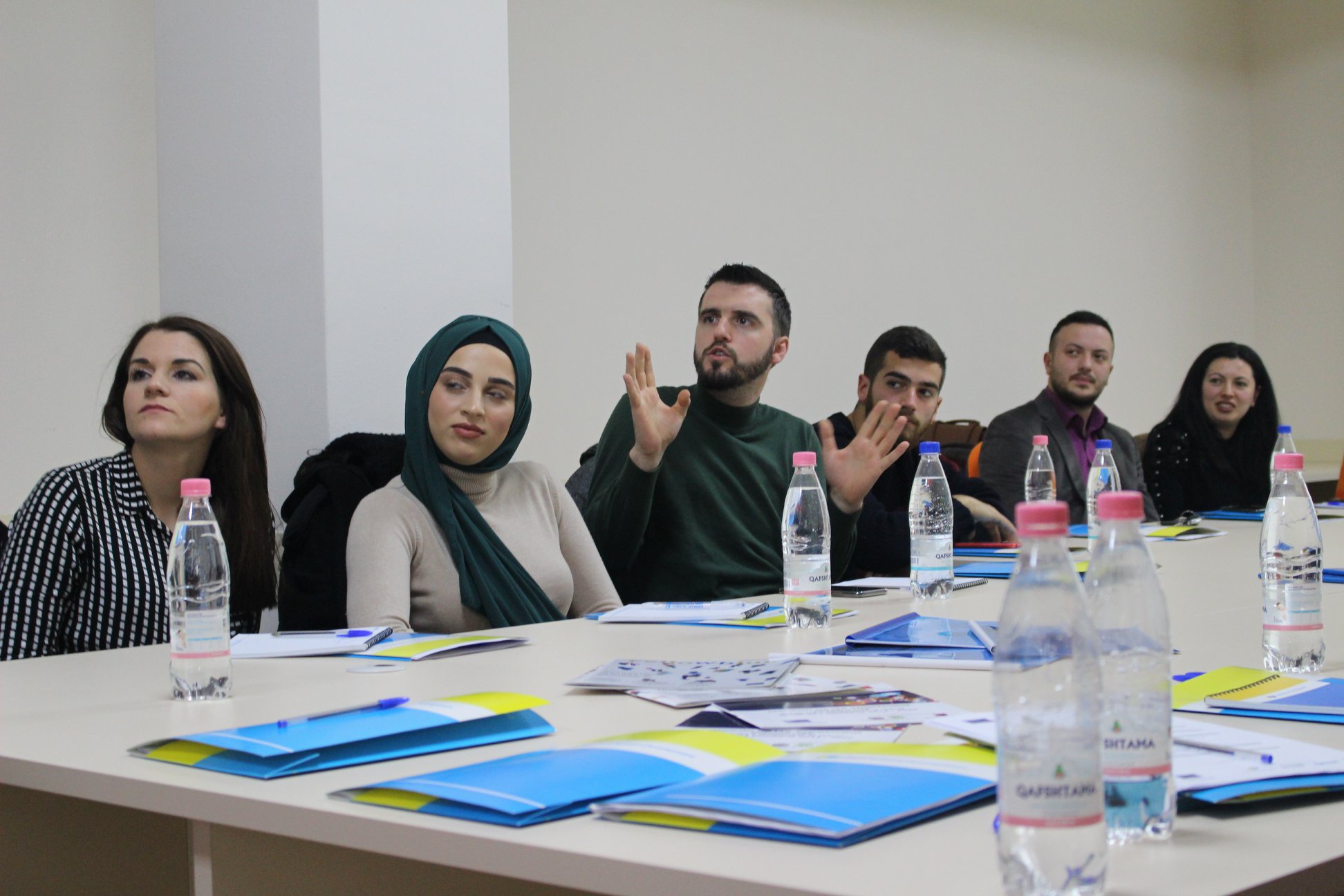 On September 19, 2019, in the Center of Innovation was held a meeting on the evaluation of the project proposals designed by the students and youth of the region of Korça, in terms of the project Innovation eco-system in the CBC area. Th members of the working group, consisting of the representative of the University “Fan S. Noli”, municipality of Korça, Agency of the Scientific Research and Innovation, EuroPartner Development Albania and the Center of Innovation near to the University “Fan S. Noli”, individually evaluated the eleven project proposals based on the innovation that the project represent, its impact on the community and some other criteria defined in the guideline. At the end of the process five projects, out of eleven, were announced as winning proposals, such as “Lions Club Pogradec”, “Foodbania”, “Green test”, “Eat Healthy”, “Automatization of Greenhouses”. 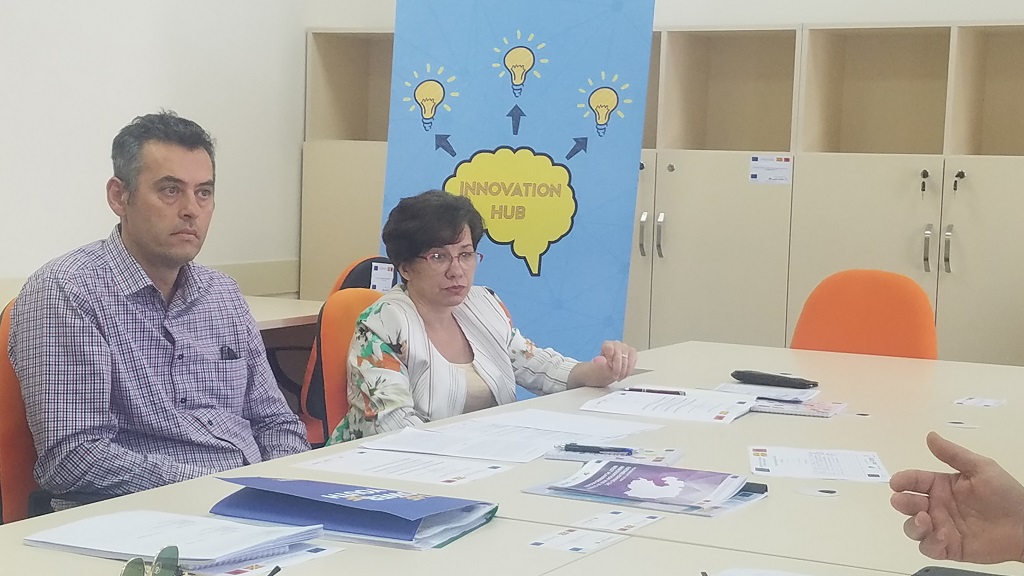 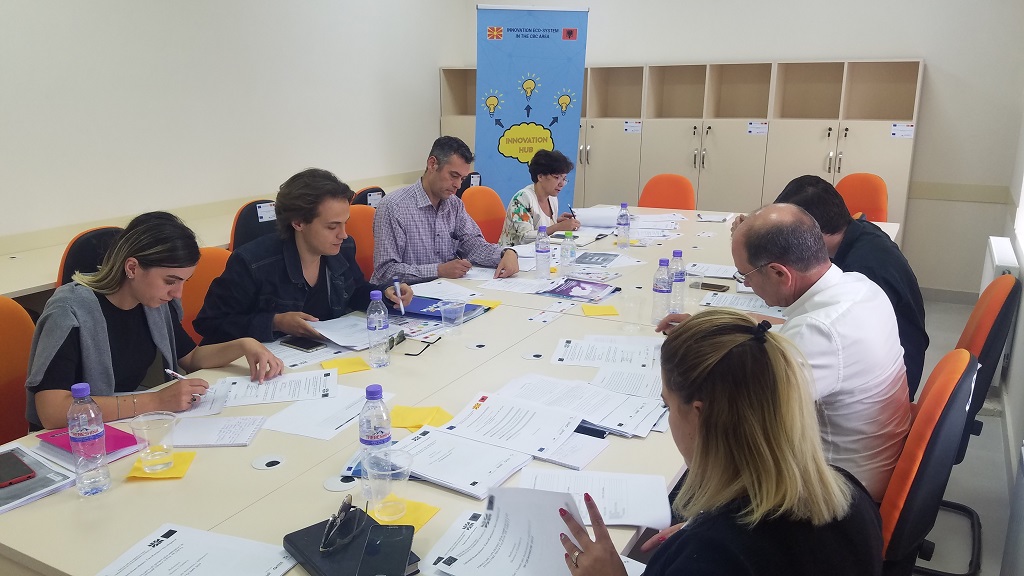 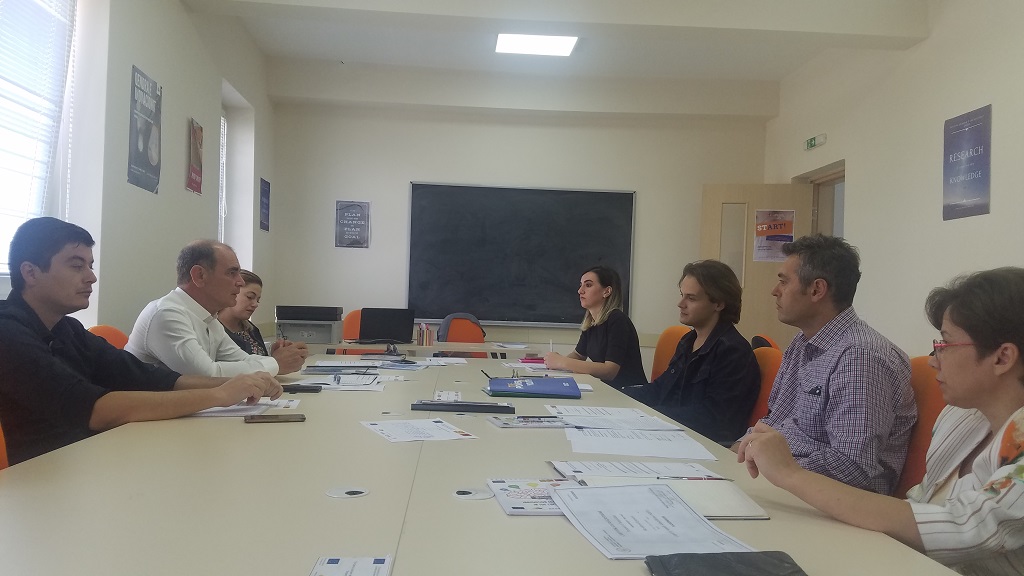 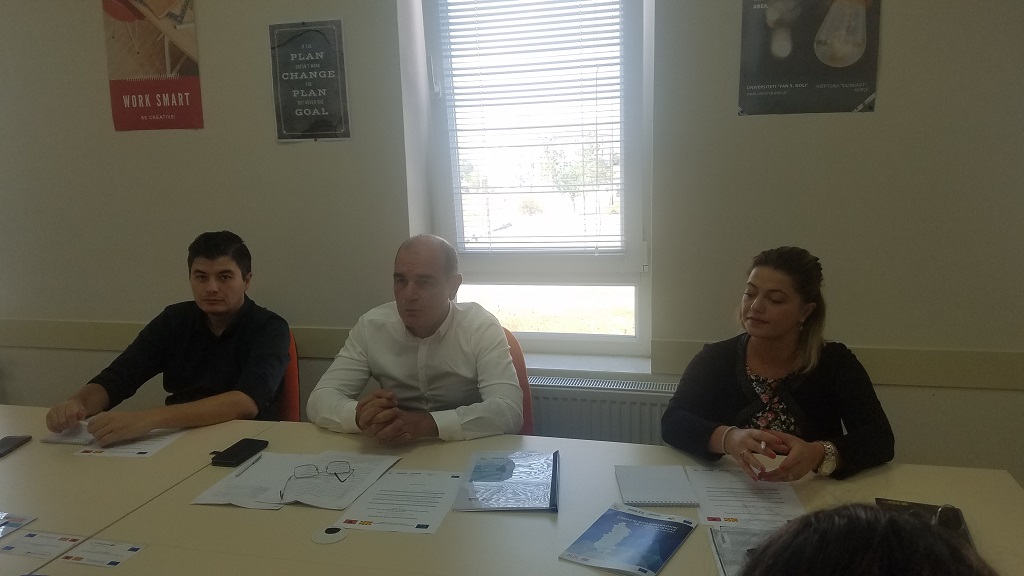 The training was held in the premises of the Center of Innovation with the participation of the young people from the region of Korça and the University “Fan S. Noli” belonging to different fields of study. The representatives of the organization EuroPartner Development were also present in the training, together with the expert of the training, Mrs. Emanuela Meçe. The main issues, which were addressed to during the training were “Innovation, its benefits and management” and “Different types of Innovation and their impact”. The participants also discussed and raised questions about these issues and at the end of the training they arrived at general conclusions about the main topic, which was “Innovation”. 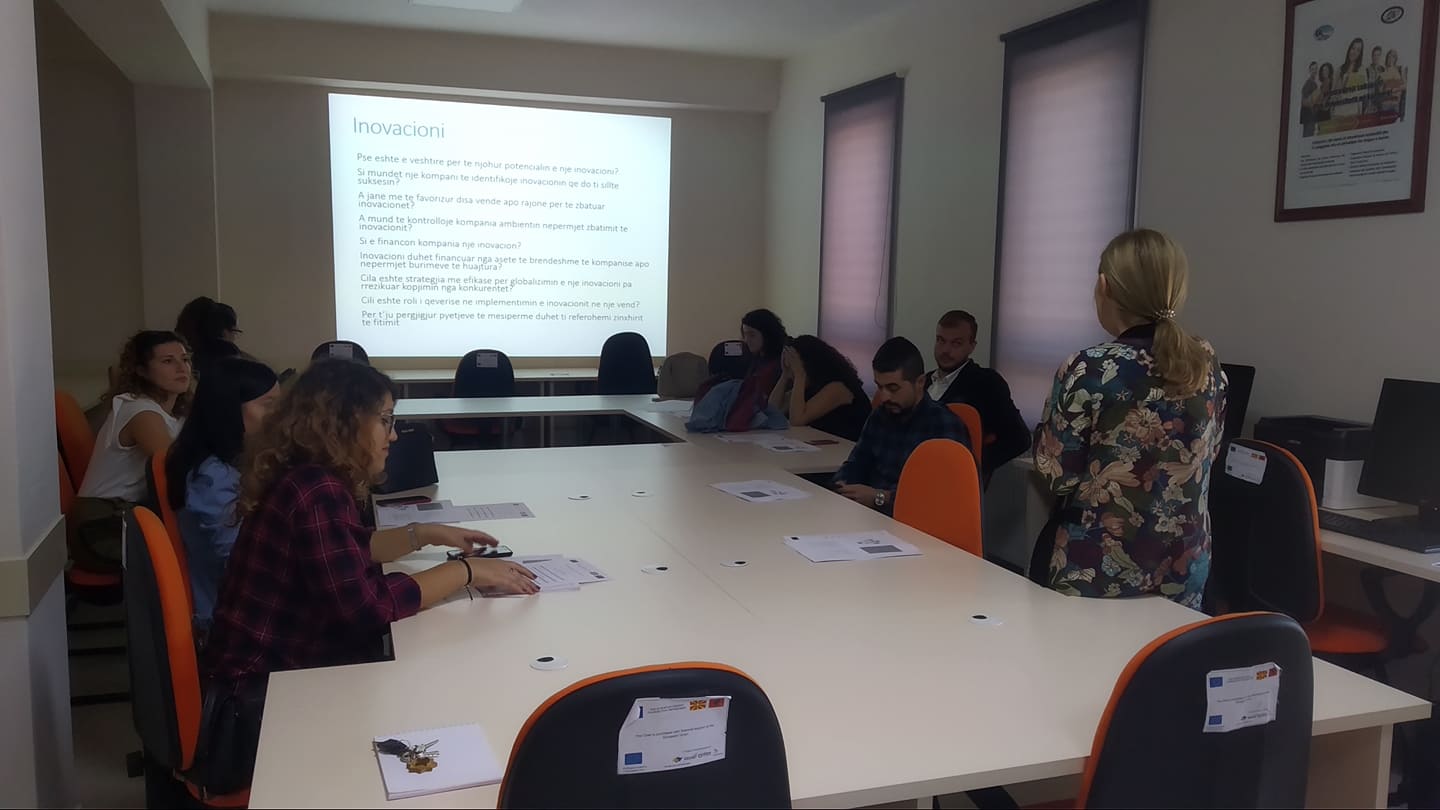 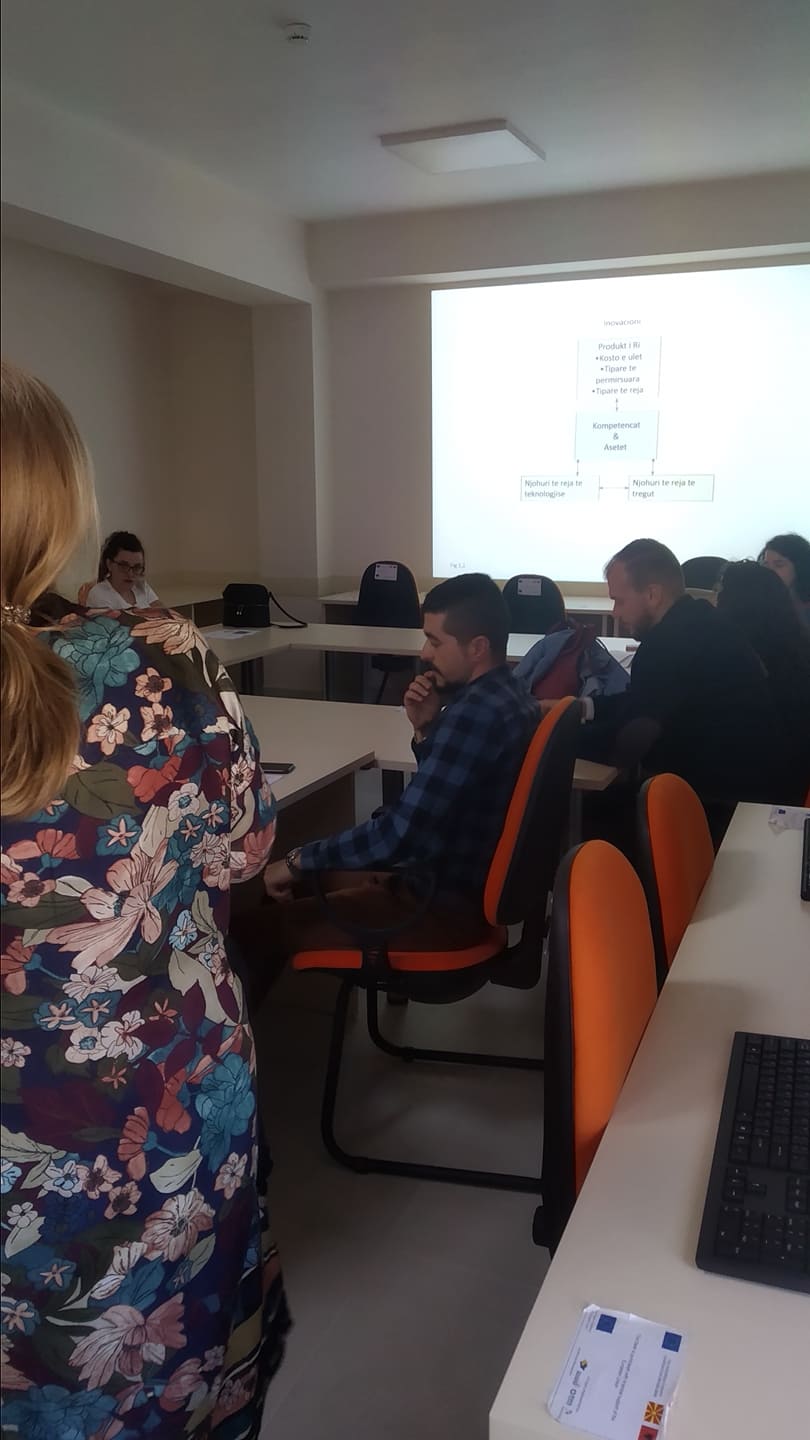 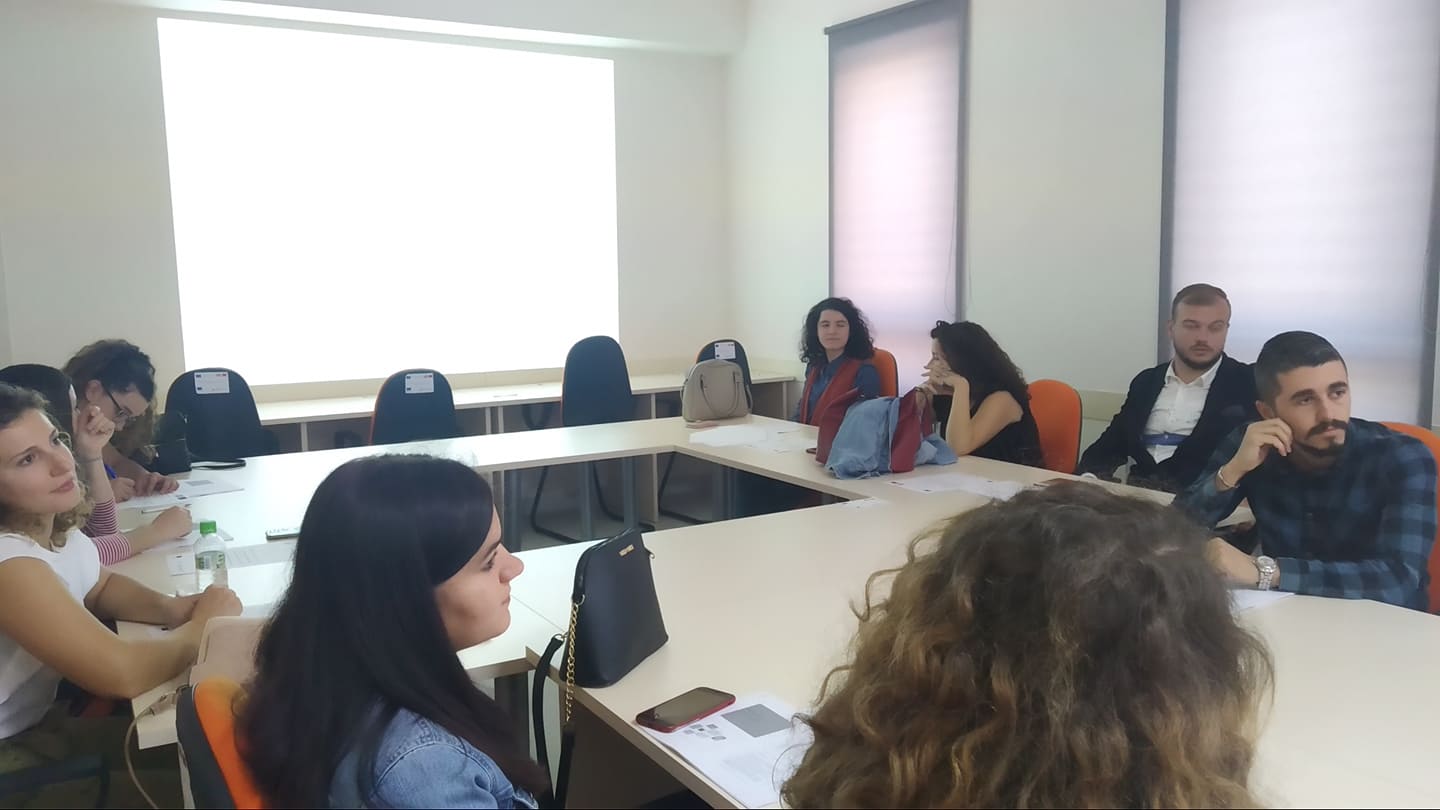 On Thursday, April 25, 2019 and on Friday, April 26, 2019 were organized two promoting activities about the Center of Innovation. The activities were planned to be organized with the participation of small groups of the stakeholders, so that the attention and concentration of participants is at the right level. The students, the graduates and the young people from the region of Korça were notified in advance of these activities through local media and announcements posted on the Innovation Center’s Facebook page. During the two days of the activities, the participation and the interest of participants was really appreciated.

The discussions and the question raised brought open conversations about projects and ideas that students and stakeholders shared with each – other. Some of the active students of University “Fan S. Noli” presented their idea to start working of the project proposal. The ideas were diverse, focusing on the innovation they would bring alongside what it would be projected.

After the end of the activity, the stakeholders were welcomed at the premises of the Center of Innovation to further discuss about other details related to their concrete idea. 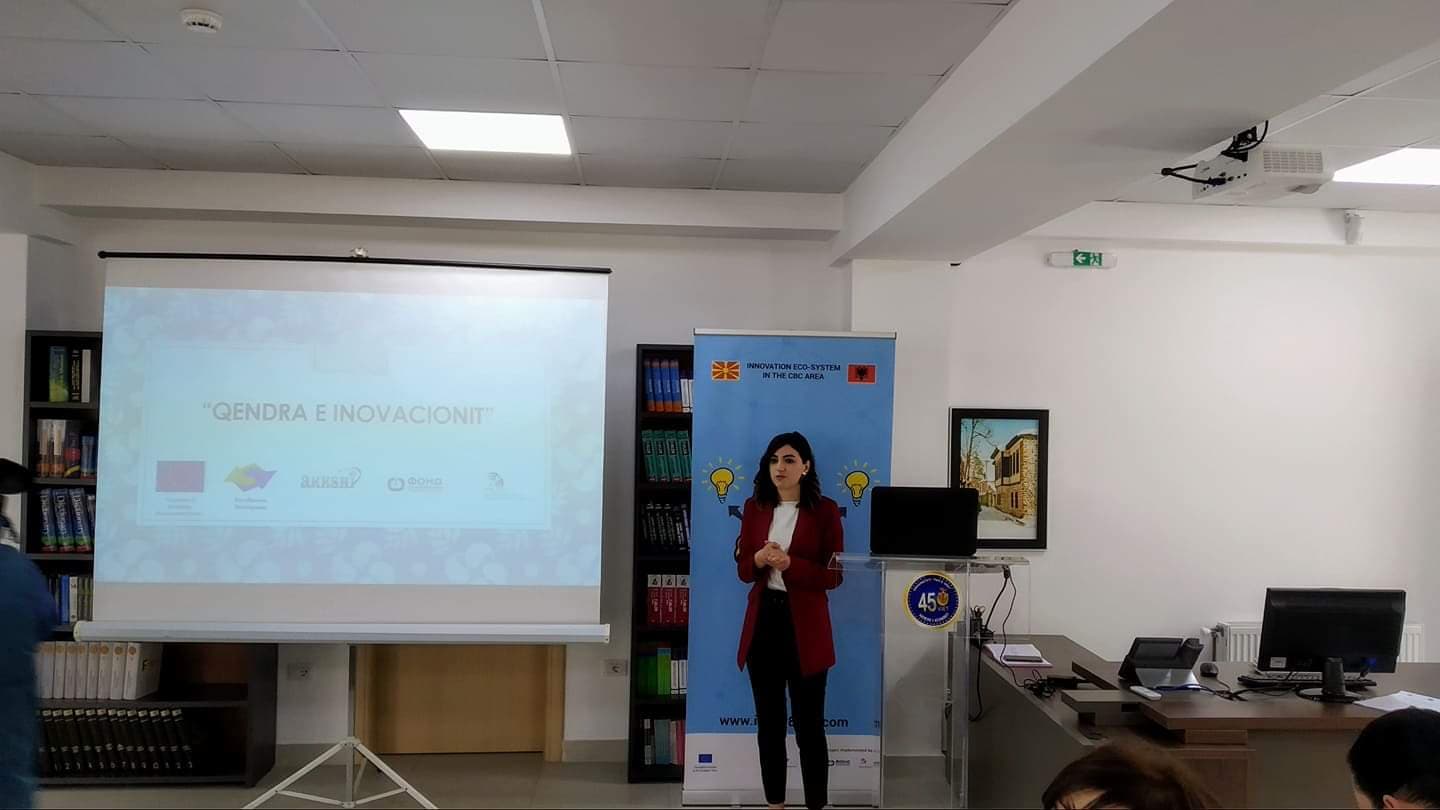 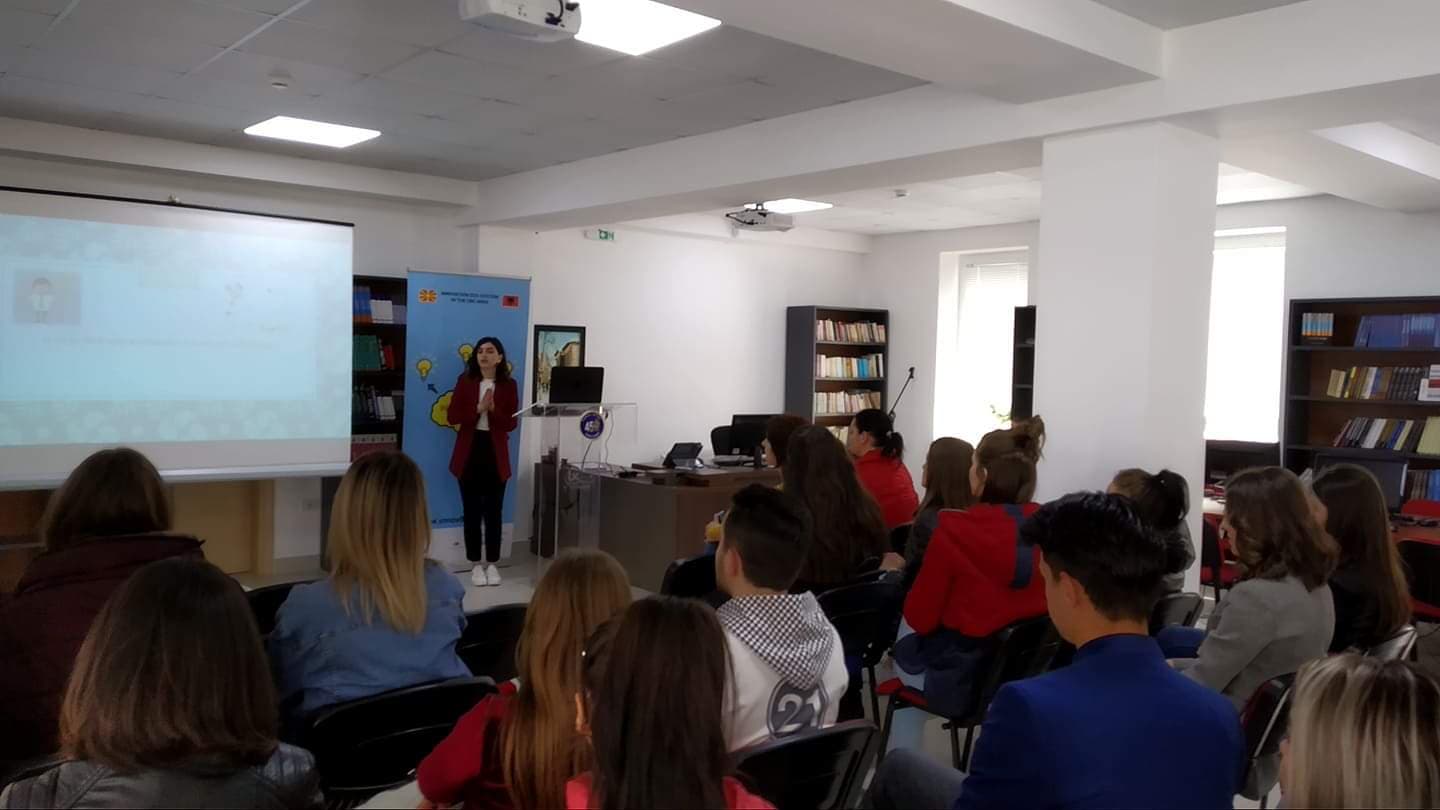 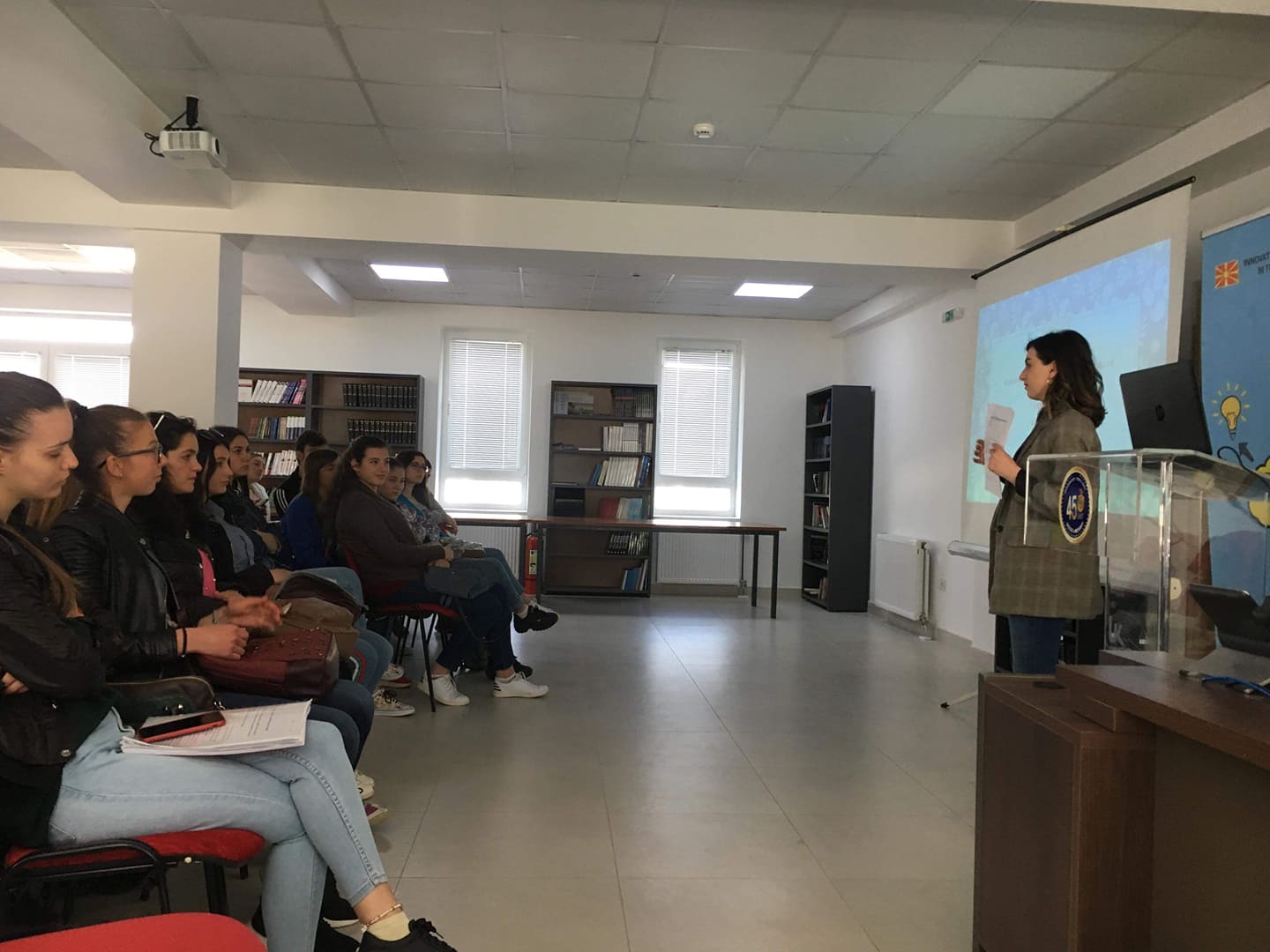 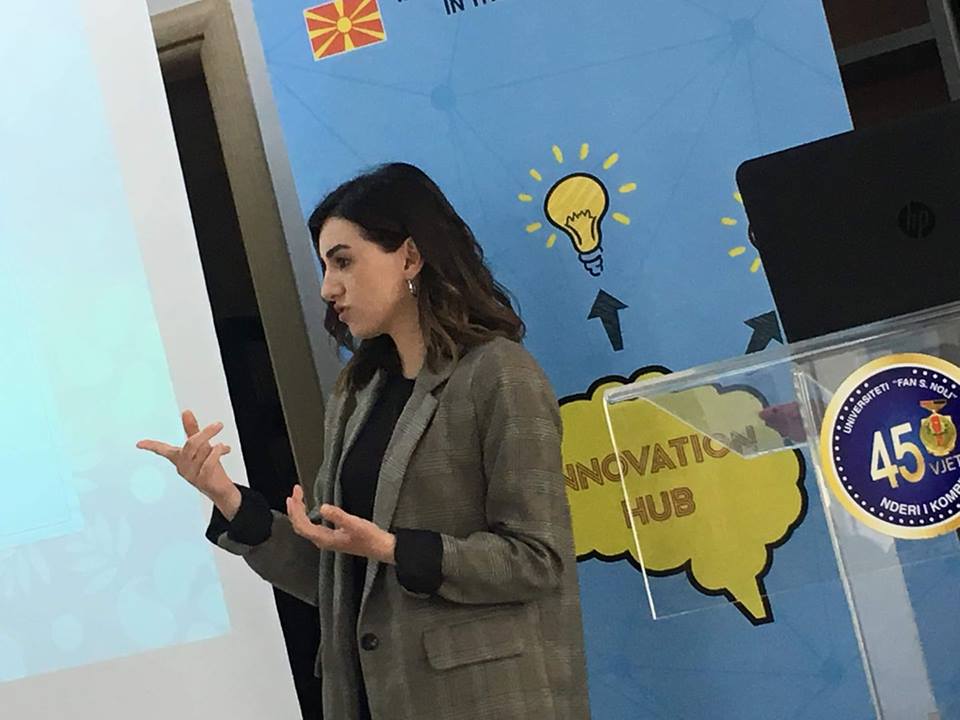 The third promotional activity, about the Innovation Hub in Korça, was organized on Friday 03/05/2019. The students of “Fan S. Noli” University and other young people from the region of Korça were informed, about this event, through the Innovation Hub’s social networks.

On Friday, the event was held with the participation of students from the Faculty of Economy, including the respective departments of the faculty. The presentation was carried out through the work prepared on Power Point. Students showed their interest through the discussions and questions they raised during the activity and afterwards by welcoming the stakeholders into the premises of the Innovation Hub to discuss further details. 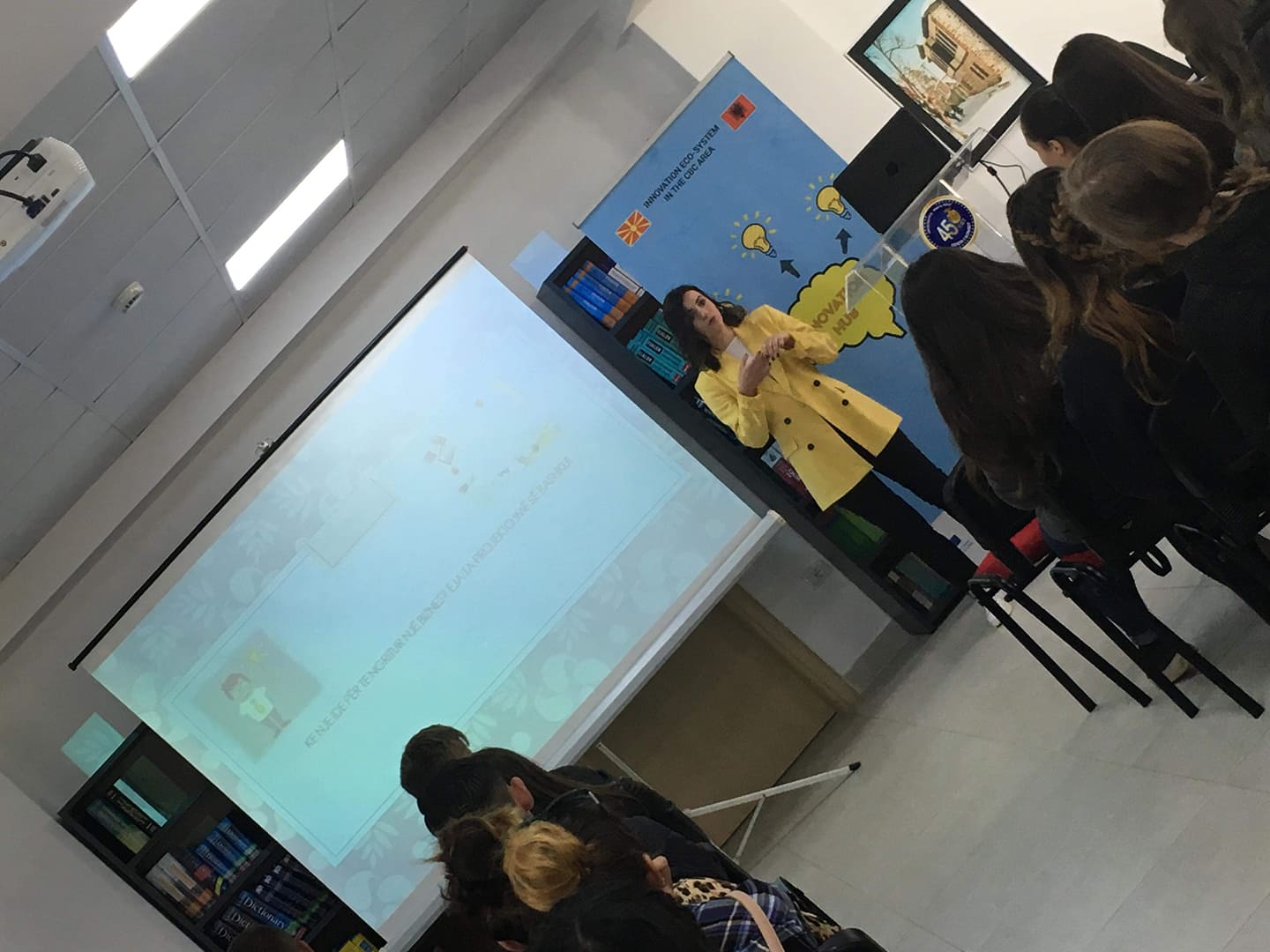 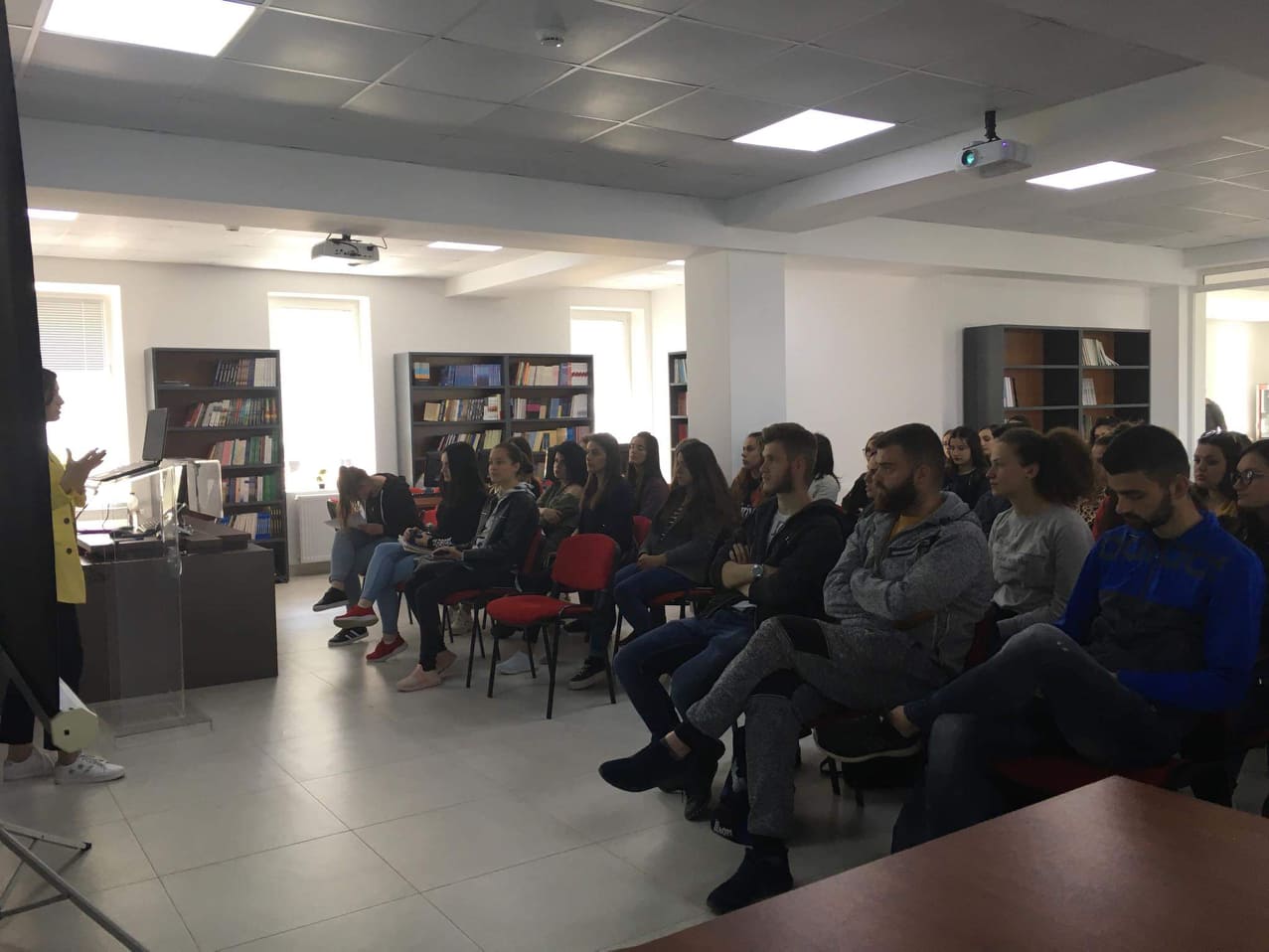 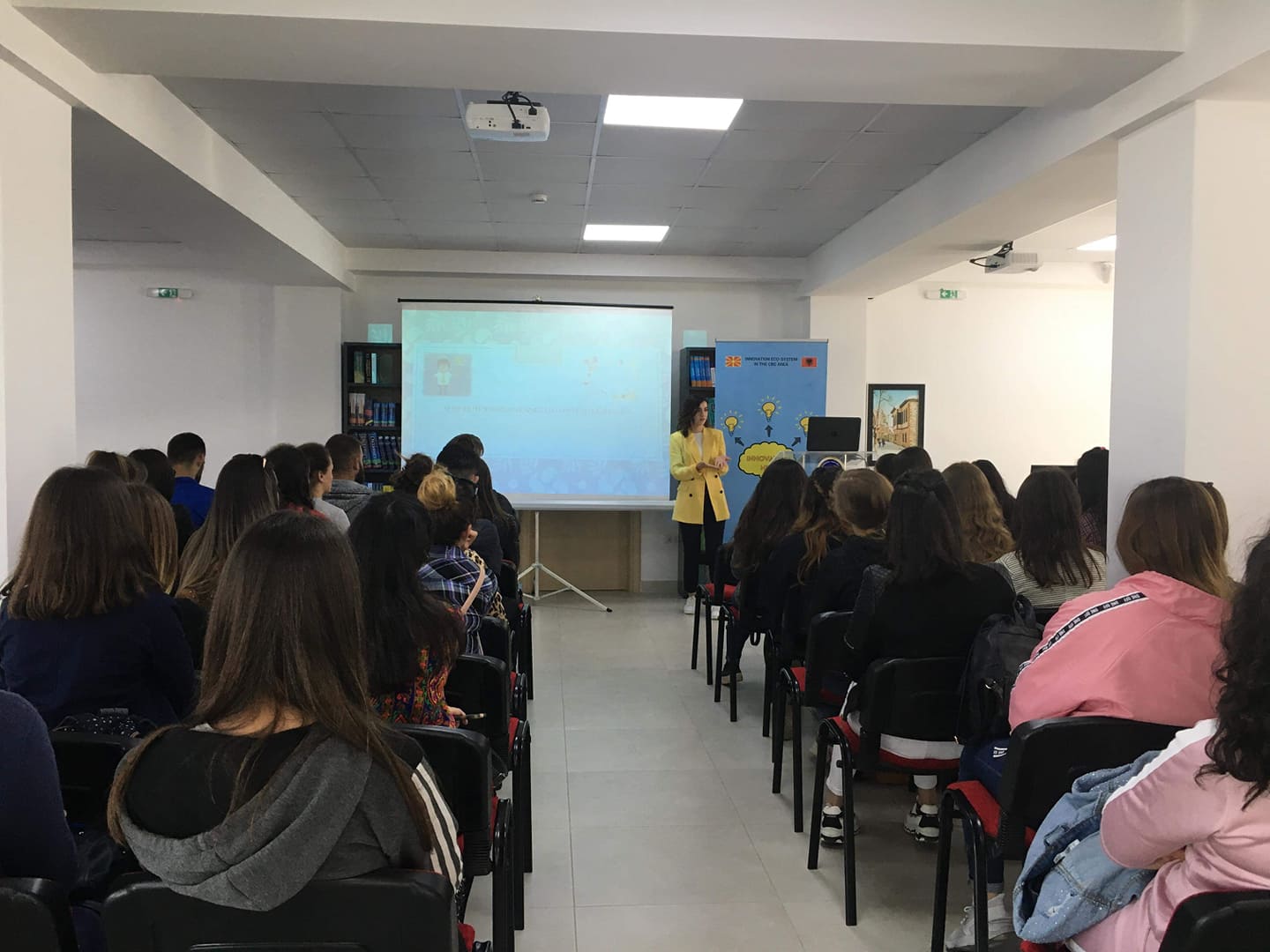 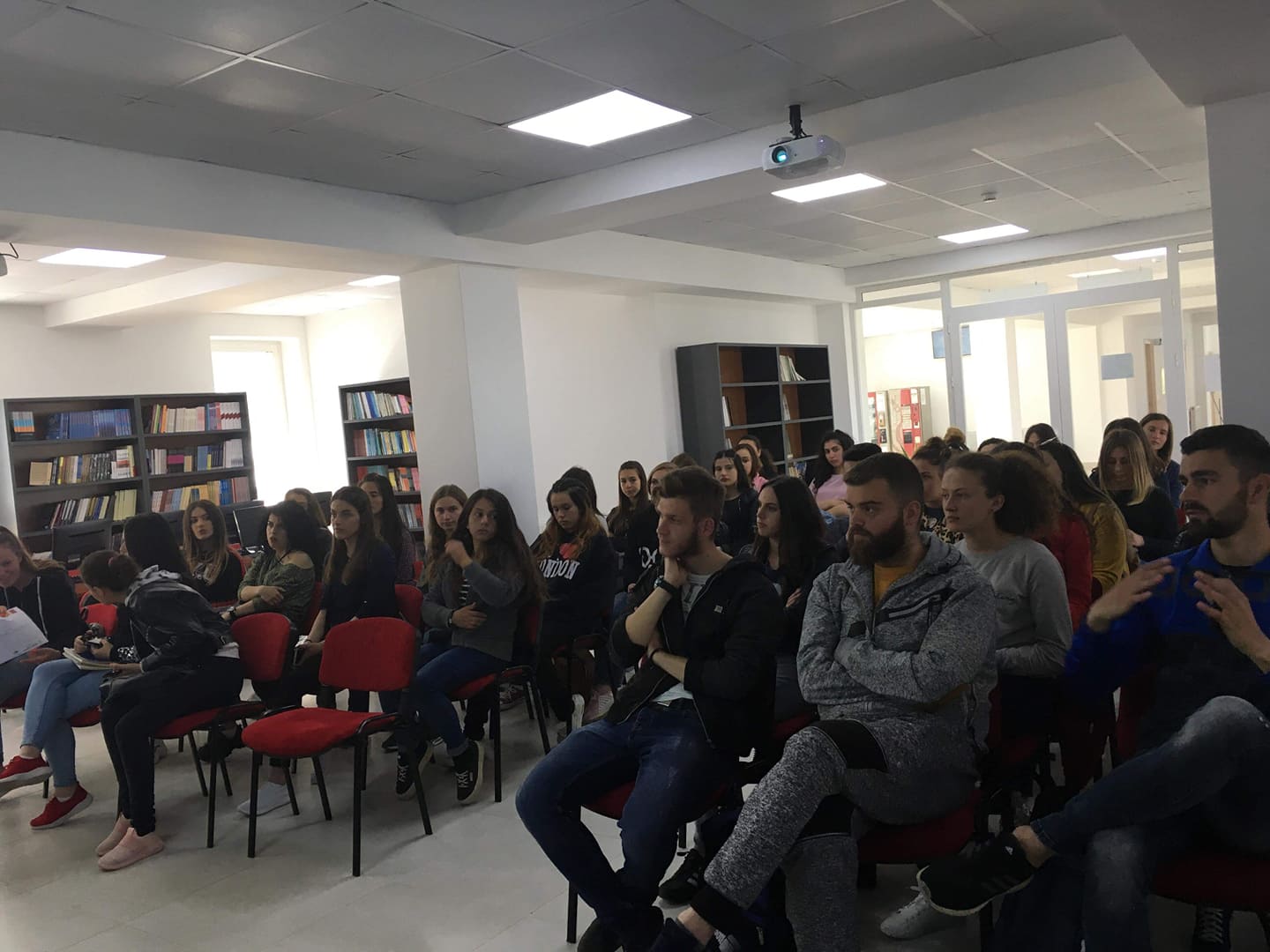 On Tuesday, May 14, 2019, was organized the fourth promotional about the Innovation Hub at Fan S. Noli University of Korça. This event was organized with the participation of students of the Faculty of Agriculture, but not only. Other young people, graduated from the University of Korca, participated and showed their interest on the objectives of the Innovation Hub. They shared their ideas and discussed them with each-other and raised questions for which they received appropriate answers to have an accurate information about the project and the sub-grant package.

The application form was elaborated in details for the participants, so that the applications include well-structured projects. What it was noticed were the innovative ideas of the students, who were already projecting something and were willing to develop their idea in the form of a genuine project.

After the event, the stakeholders were welcomed to the premises of the Innovation Hub to talk about other necessary details.

The event took place in one of the premises of the Faculty of Agriculture of Fan S. Noli University. 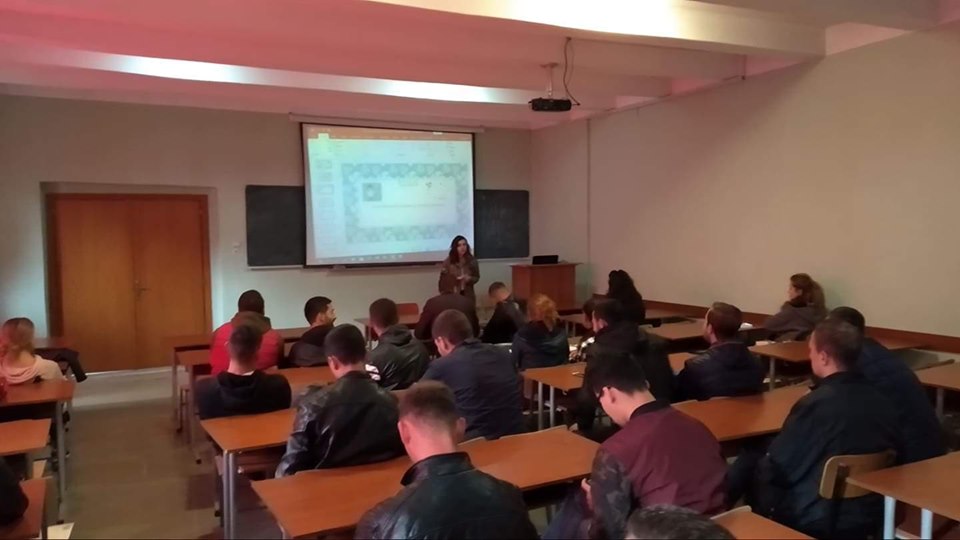 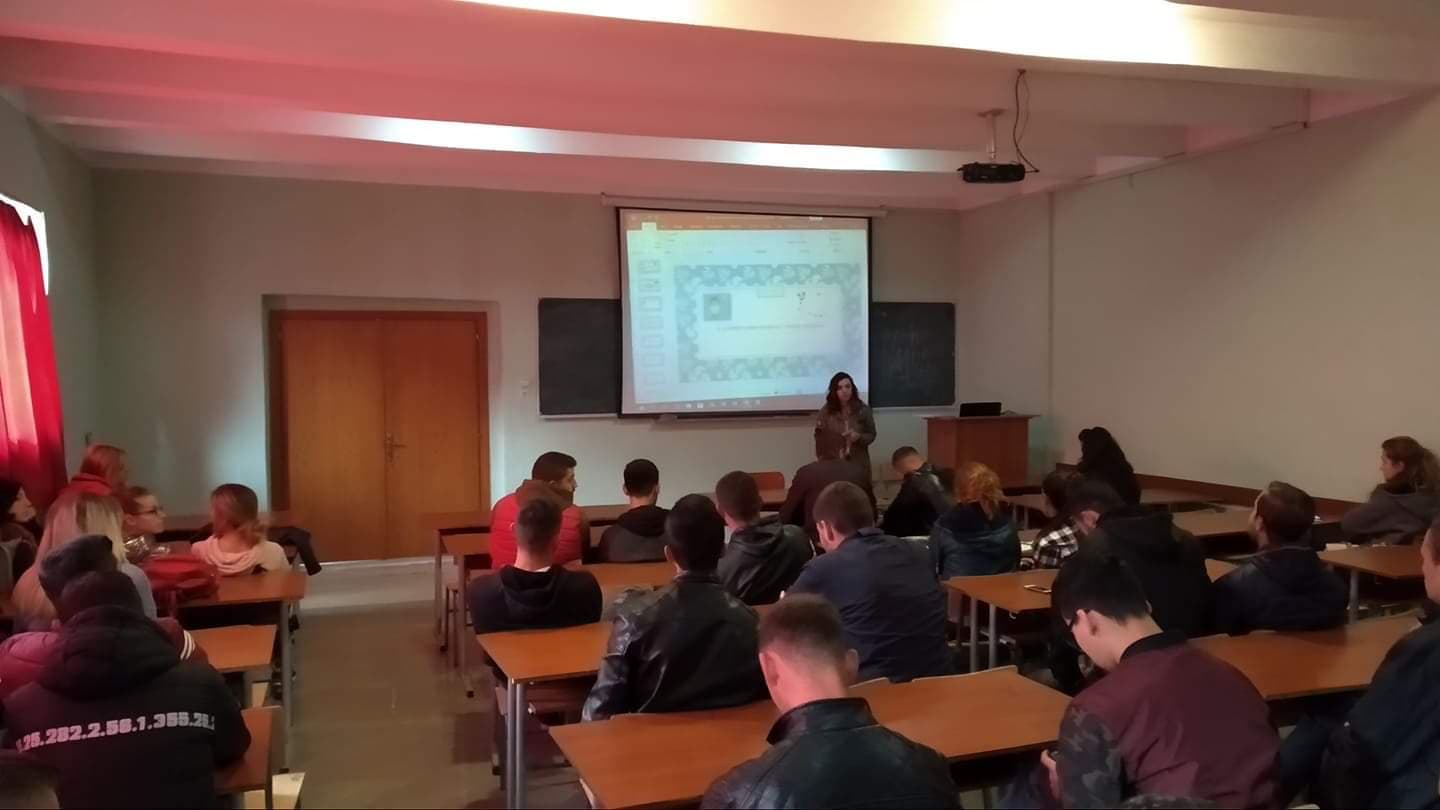 On Thursday, June 20, 2019, an information session was held about the Innovation Center at Fan S. Noli University of Korça. This event was organized with the participation of students from the Faculty of Humans and Natural Sciences and young people from the region Korça. They showed their interest on the objectives of the Innovation Center and the sub-grant package. They shared their ideas and discussed them with each-other and raised questions for which they received appropriate answers to have an accurate information about the project and the sub-grant package.

During the concession, the stakeholders asked for clarifications regarding the grant guide and after everything was explained in details, the participants also discussed about the form and the process of application.

At the end of the activity, the stakeholders were willing to start working on their project proposals.

This event took place on the premises of the Innovation Hub, near to “Fan S. Noli” University in Korça. 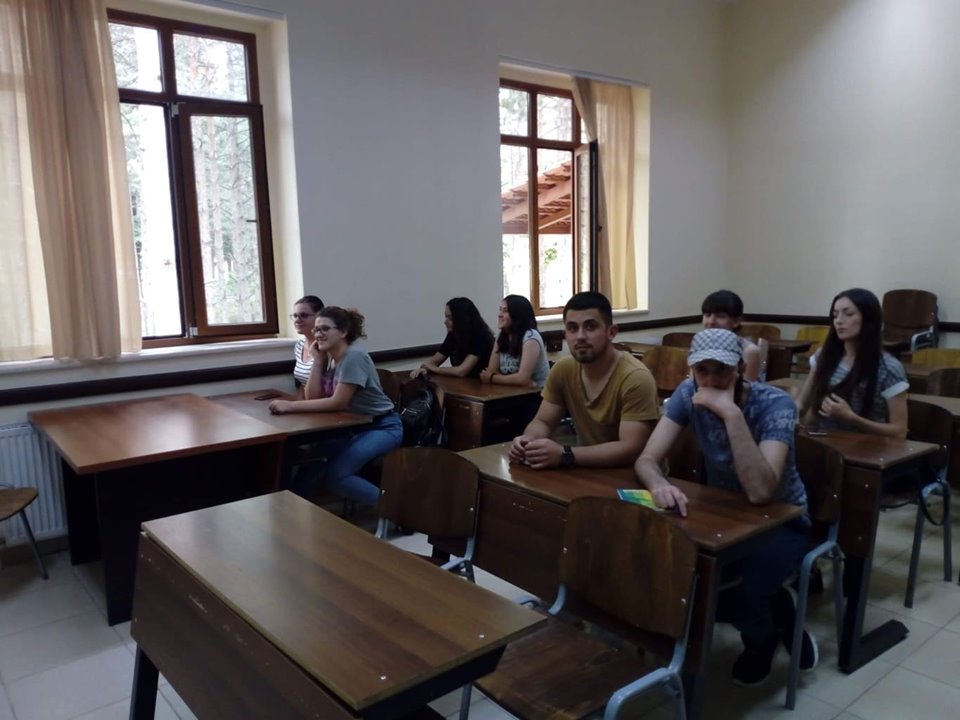 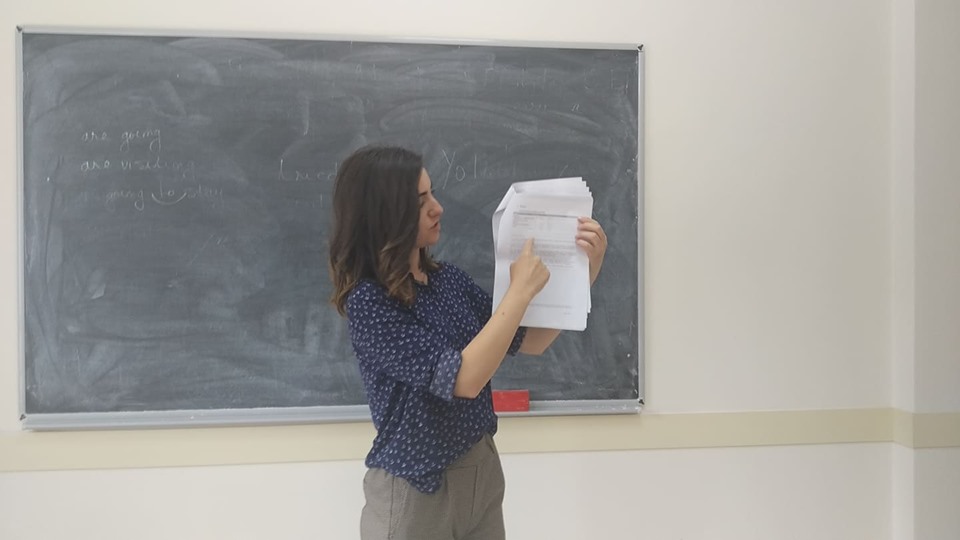